This site uses cookies to deliver a better experience.

Davis Trackhire, the UK's Largest Independent Suppliers of Aluminium Trackway, are delighted to announce the appointment of Phill Wright as the company's new UK Operations Manager.

With over 40 years of industry experience, Phill is no stranger to the DTH family having worked closely with the company for several years while running his own temporary roadway company, Wrightrack Ltd. 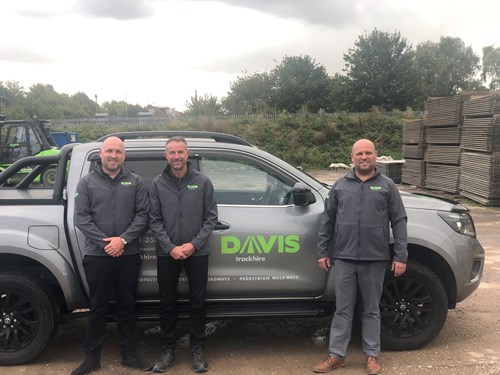 Phill's duties will include maintaining the company's high standard of field operations as well as overseeing the development of Davis Trackhire's new southern depot in Retford, Notts.

"Having worked closely with Davis Trackhire for the past few years I am thrilled to now be a part of the team. The company has grown significantly in recent years and I am very excited at what the future holds and cannot wait to get started."

"We are delighted to be able to attract someone of Phill’s calibre to our company. Phill’s vast experience in the Trackway industry will further strengthen our management infrastructure and ensure we are well prepared for our next level of investment and growth."

Davis Trackhire is the UK’s largest independent supplier of aluminium Trackway systems. Contact us today on 01698352751 or via info@davistrackhire.com to discuss how we can be of assistance with your next project!

Contact us today to arrange a FREE NO OBLIGATION QUOTATION for your next project or event. Please complete the form below and one of our team of experts will contact you within 24hrs. Alternatively contact us on 01698 352751 for an immediate response.